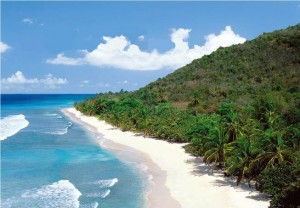 For those who like statistics, see the latest for St. John sales in 2010 below. These may differ from our MLS statistics as not 100% of sales are through our Multiple Listing Service.

Five parcels sold for one million dollars or more. A 1.02 acre parcel in
Chocolate Hole sold for $2.55 million. And the Trust for Public Land sold 48.69 acres to the National Park Service in Abraham’s Fancy for $2,244,000.

Nothing compares to a North Shore view >