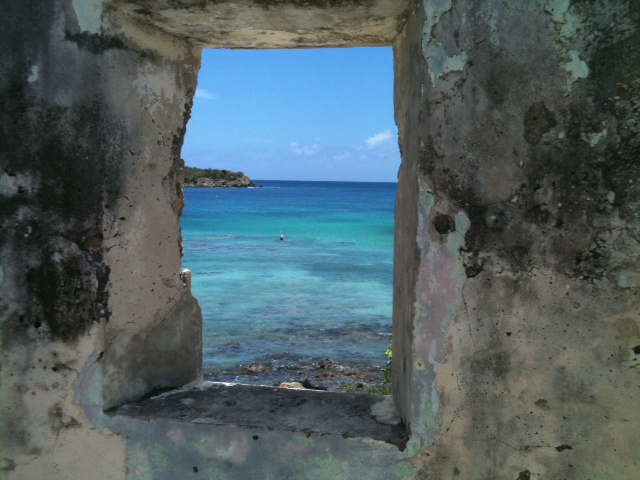 Thoroughly enjoyed a day of relaxation and exploration at Lameshur Bay on Saturday.Â  The Lameshur ruins and the Tektite Museum are worth the trek to one of the more remote spots on the island.Â  The Tektite Underwater Habitat Museum is a step back in time, evolving from the cold war as the United States vied with the Soviet Union for supremacy in space.Â  This is where four aquanauts spent 60 days in the habitat on the first Tektite mission.

Sunday started out with an early hike at the Leinster Bay Trail, beginning at the Annaberg ruins, following along an old road on the shore to Waterlemon Bay.Â  We then hiked up Johnny Horn Trail at Leinster Point visiting the ruins of what was once the James Murphy Estate House, also called Windy Hill.Â  One of the best views on the island, this site was also a boarding house, a Masonic Lodge,Â  and a reform school in 1917.

These treasures are a part of the St. Johnian lifestyle, the simplicity, the beauty, the isolation, and better yet, no stoplights!